Connecting all foodies in India….

Shaken we were as he stirred… 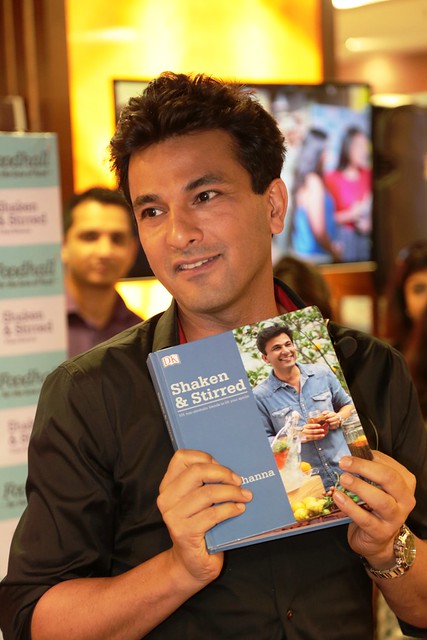 It is because of chefs like him that today India is not just famous for its Entertainment and Cricket but also for its Gastronomy.

And if chefs were to be so charming and dapper, it is a good thing they aren’t hidden in the kitchen and are out in the open.

Chef Vikas, a handsome Punjabi Munda, with his Punjabi accent introduced us to his culinary world and what a world it was that…! One would not want to get out of it. 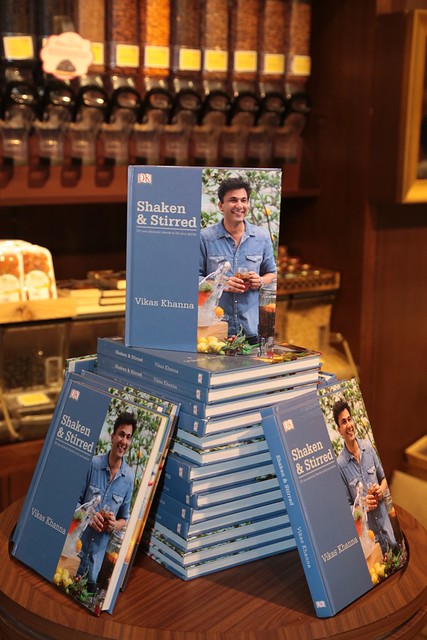 He explained through his book how different kinds of drinks can be created by one’s imagination keeping the aroma and essence intact. He urged us not to follow recipes, to experiment with different kinds of ingredients and also to keep the ingredients and its exotic flavors as the hero. As told, his book just doesn’t provide us with refreshing drinks but also healthy drinks.

He recited his journey and spoke about his restaurant, “his Baby”, “Junoon”, the Michelin starred restaurant at New York that changed his life. How Chef Gordan Ramsay approached him to feature as the consultant chef on the Gordon Ramsay TV show called “Kitchen Nightmares”. 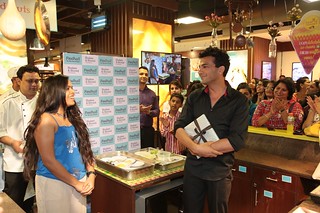 His journey From Amritsar to America has been one impressive culinary journey and if I were to sit to jot down every achievement of his, it would never end.

Chef Vikas is not just an incredible chef but also a soul-stirring personality which was clearly reflecting at his book launch, be it his humbleness towards the crowd or his affection towards his grandmother. Someone gifted him a photo frame of his grandmother and his, which turned the jovial chef into a teary-eyed grandson, his affections and emotions was immensely felt. His grandmother, his idol, his teacher, his inspiration, his everything was the one behind the great chef that he today is. 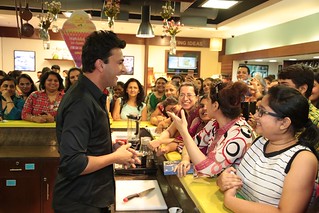 The event ended by showcasing some techniques to shake and stir by the chef. He made a drink with schezwan pepper and rosemary, Amusing right? The fragrance itself was so refreshing!

Even after the event, the crowd did not leave him and he gladly and gently spoke to everyone present and clicked selfies joyfully. I too got the chance to meet and click selfies with him and all I can sum it up with is “Mar Java Gur Khake” 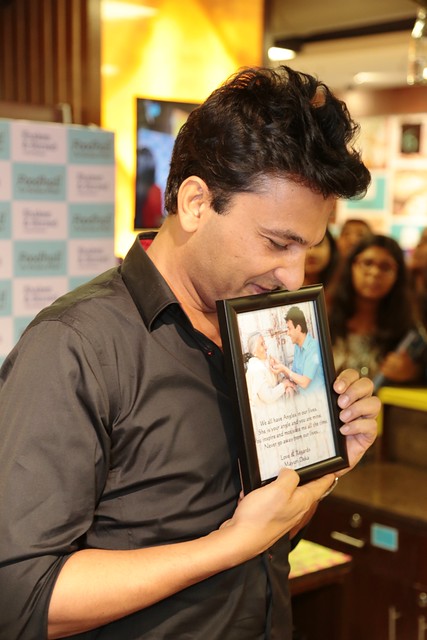 About the book: Shaken & Stirred

It’s a book for exploring the amazing ingredients and mixing and matching them in such a way that something innovative, stimulating and healthy is prepared .And as he quotes from his book: 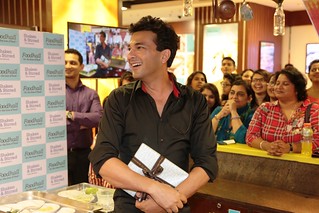 Interesting right so what u waiting for! Go get it and take a dip in this ocean of dazzling drinks, Enjoy!!